A few minutes before you board the plane for your first Israel visit as the Greater MetroWest exec, I wanted to share with you some of my reflections being here at home over the last couple of days.

On Monday night I went to visit some good friends. The conversation was about life: kids, parents, work, and politics. On my way out, after midnight, they told me: “This time you came when things seem quieter,” referring to my last visit when I arrived in Israel for the beginning of Operation Protective Edge. “Don’t be so sure,” I responded, without any idea at the time about the events that were about to erupt.

A few hours later, at 7 a.m., I was already awake (hopefully only from jetlag) and the TV was on when the horrifying reports and shocking pictures from Har Nof began to pour in. I spent all of Tuesday in Jerusalem for meetings. The atmosphere was an impossible mixture of anger, frustration, grief, and hopelessness. I couldn’t get anyone to concentrate on anything. 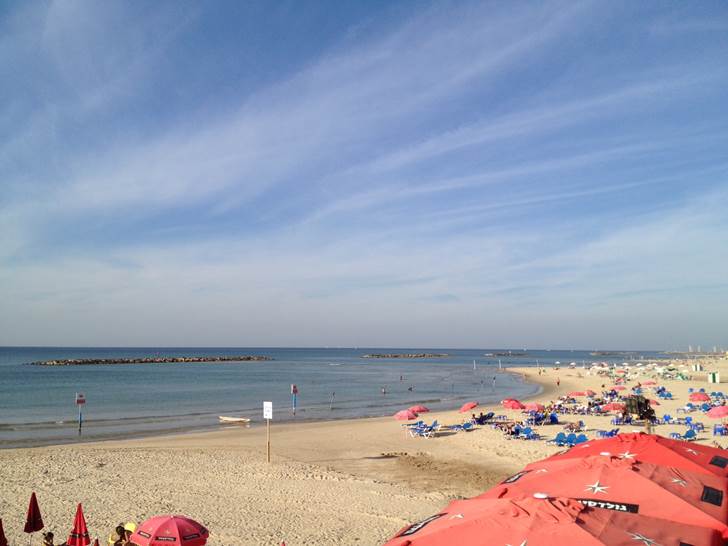 Today, Wednesday, I have decided to move all my meetings to Tel Aviv, the city I head to whenever I need some relaxation and sanity in this crazy neighborhood of ours. So I was sitting most of the day in a cafe on the port conducting work-related meetings. The sun was shining, people were on the beach, the city was full of vitality, the atmosphere was one of “life goes on,” and yet one couldn’t block out the images of yesterday’s synagogue massacre, and not just because a big TV screen was on the wall.

An older couple was sitting at the table next to me and I overheard their conversation about...knives. Looking at their butter knife, they decided that the size doesn’t matter and that when a person is full of hatred anything can serve as a weapon. At the next table were two Arab young men, probably from Jaffa. I couldn’t hear what they were saying in Arabic, but I thought that it was very encouraging that they were there having lunch and that no one else there appeared to feel insecure or threatened by it. At the third table I saw someone who served with me in the army and hadn’t seen me since that time, but recognized me by my voice. (What does that say about my look?). It was so Israeli style, our reunion and the laughs we had over old memories.

Anyway, Dov, here is my insight of the day: These scenes in Jerusalem and Tel Aviv symbolically serve as reflections of our life here and of our Greater MetroWest Israel Center philosophy: We are always attentive to breaking issues and are answering real needs in real time. But at the same time, our partnerships’ platform and multiple connections allow us to have a wider and more balanced perspective about Israeli society. Even more importantly: it gives us the ability to remain optimistic and hopeful about the future of Israel, our own community, and Israel-Diaspora relationships.

So, Dov, upon your arrival here in a few hours, please be prepared to absorb this unique mixture of issues, places, people, challenges, and opportunities that are the building blocks of Greater MetroWest-Israel. We will cover all of our seven partnerships in just a few days (try to sleep well on the plane; you will need the rest!). We will pay shiva visits to some of the victims of the recent terror attack, together with our Israeli Jewish and Druze partners. You will meet many beautiful people who were affected by our community in so many ways and you will see a sample of our over 100 Israeli-based programs and projects. But above all: you will hopefully absorb the very special feeling of belonging, pride, and privilege that many Israelis carry with them, being part and parcel of our GMW community. This notion of peoplehood and solidarity gives our communities in Israel and New Jersey much strength and resilience in times of both crisis and routine.