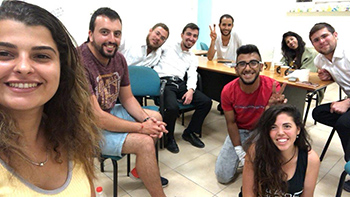 Achi Israeli is a program operated by our Federation and funded through a grant from the Jewish Community Foundation. It speaks directly to our Kedma agenda of promoting shared and cohesive society in Israel. The concept is very exciting: A group of young Israelis, representing diverse ethnic and religious backgrounds, live together for a month in several diverse locations, some of them are our Greater MetroWest partnership communities.

While the concept is always relevant, timing is a factor. Last year we launched our first Achi Israeli cohort just a few weeks after the terror incident on Temple Mount, where two Israeli Druze officers were killed while protecting Jewish worshipers. One of the participants in the group was Raya Shanan from Horfesh. Her brother, Kamil, was one of these officers. We named the program after him. Her father Shakiv Shanan, is a former MK. He met with our group and spoke to them of wisdom and tolerance. Another participant was a young Muslim woman from the Israeli Arab village from which Kamil’s killers came. The father hugged her, they cried together, and agreed that we need to find a way to live together as Israelis.

The second cohort of the Achi Israeli in Memory of Kamil Shanan launches this week. The first few days will be in Horfesh. Once again, timing plays a factor.

Last week, the Knesset legislated the Jewish nation state basic law. It has a lot of faults, but the main one is that the value of equality for all Israelis, which was the fundamental concept of the Declaration of Independence, is no longer there. Among all Israeli minorities, the Druze community was most insulted by this legislation. For them, it was a slap in the face. High ranking IDF officers and religious leaders spoke out and demonstrated against it. Shakiv Shanan presented beautifully in the Knesset against the law and for a shared, equal, and just society. Some politicians are now asking to fine-tune the legislation, but if it only relates to the Druze community, it is even more unequal. 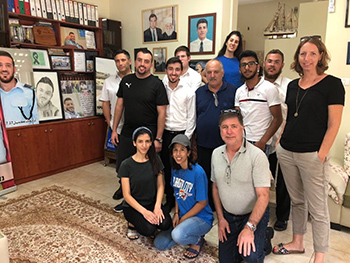 This past weekend, Michal Zur, our Global Connections Director in Israel, and I joined tens of thousands gathered in Tel Aviv in support of the Druze protest. Today we spent the day in Horfesh, meeting with our Druze partners, speaking with the Achi Israeli cohort, and showing solidarity. Everyone in Horfesh is talking about this legislation and the unique relationships that we’ve formed between Jews and Druze through our partnership.

This year’s Achi participants include 6 secular Jews, 1 Ethiopian, 1 Muslim, 4 Haredi, 1 Settler, 1 Druze, 1 former religious, 1 diaspora Jew, and 1 from the Hebrew community in Dimona. We believe that the answer to the challenges of a shared society in Israel will come from doing more on the grassroots level. Achi Israeli is a perfect example of emphasising the common good by living together.