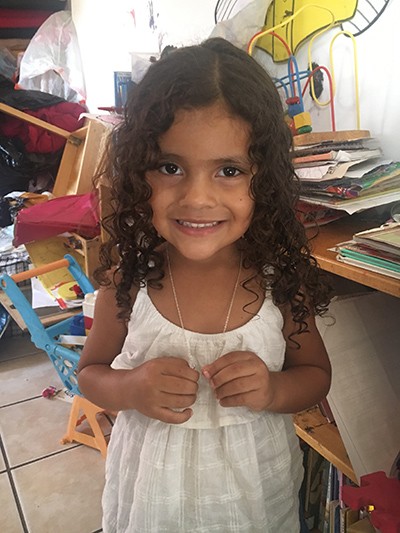 The father of three-year-old Naya and her two older sisters was faced with an impossible choice. Stay in Venezuela and be subjected to arbitrary imprisonment for refusing to pay extortion fees to the police or flee his country.

The restaurant owner, also from Venezuela, faced a similar choice. Fearing for her life, she fled with her husband and four children, including two infants, after she could no longer afford the huge fees imposed by the cartel.

Two other Venezuelan children ran away after their parents were assassinated. There was credible fear that they would be killed next.

These are some of the people I met and their heartbreaking stories I heard at a shelter in Nogales, Mexico last week on a Jewish Council for Public Affairs fact-finding mission. We had come to bear witness, to see firsthand the humanitarian crisis on our southern border and meet with immigration advocates, border patrol agents, shelter workers, and migrants to gain a deeper understanding of the current situation.

Our group included 23 people from around the country – Jewish professionals, lay leaders, and rabbis – all with a keen sense of Jewish history and a deep commitment to social justice. I was proud to be there with two leaders from Greater MetroWest, Rabbi Dan Cohen of Temple Sharey Tefilo and Leslie Dannin Rosenthal, immediate past president of our Jewish Federation. To hear some of their moving and powerful reflections, click here.

Some of the people we met and places we visited on this two-day trip include:

Here’s what we learned...

The border situation is a human tragedy stretching back decades, made increasingly more difficult by successive administrations and the inability of Congress to achieve bipartisan immigration reform. Appalling and inhumane current policies, including the separation of families and the roundups of undocumented workers, are especially cruel, and come at a time of increased instability in Central and South America.

The Supreme Court ruling that came down just as we arrived home will add to the suffering. It upholds an executive order requiring migrants to seek asylum in a country they are travelling through before they can apply for immigration status in the U.S., forcing people to apply for asylum in countries from which others are fleeing.

Here’s what we can do:

As American Jews, knowing all too well the stories of those who endured harrowing journeys to flee pogroms and death camps in Europe only to be turned away at ports of entry and sent back to their deaths, we came back from this trip determined to help. But how?

We can use our collective voice to lobby for sensible but compassionate solutions to immigration reform, decriminalization of asylum seekers, the end of the militarization of our borders and the separation of families, and acceptance of more asylum seekers into our country.

We can also volunteer locally, by providing support to the thousands of migrants in detention centers in New Jersey or contributing to humanitarian organizations on the border. Casa Alitas, for instance, has an immediate need for shoes and winter coats.

Determining how we can help is an ongoing conversation in our CRC. If you’d like to be a part of it, reach out to me at lscherzer@jfedgmw.org.